DE PERE-One roll to the left, one to the right.

Hayden Kupsh led the Jaguars with 19 points and Megan Servais added 16-many off offensive rebounds and lane touches.

The Phantoms got off to a fast start behind an unlikely catalyst.

Freshman Alexa Thomson opened the game with a quick six points to enable her team to edge out to an early 11-6 lead.

The Jaguars were getting good looks, but the ball was just not dropping through the net.

For a short period, the Jaguars crawled back in the game and drew even (13-13) after Autumn Schlader split two defenders and made a quick spin move for a basket.

Then the hoop got as small as a thimble for the next six minutes for the Jaguars.

The Phantoms took advantage of all the misses and went on a 10-0 run.

Brehna Evans, who had a single free throw to that point, drained a three from the right wing and then canned another from the student section to catapult her evening.

“Evans is an unreal player in this area,” commented VanLaanen after the game. “We had a real difficult time with our gap lines in defending her. We would get one stop but then couldn’t get two or three in a row.”

Servais and Lydia Schaible added late left-handed layups for Ashwaubenon to cut the margin to 26-19 at halftime.

The Jaguars needed some shots to go down and to contain Evans from going off in half number two.

They didn’t get off to the start that they precisely needed and thus found themselves in an even bigger hole just four minutes into half number two.

The Phantoms appeared to be in complete control with a double-digit lead (31-19) and the Jaguars players wondering how on earth the ball wasn’t going through the tin.

Jaguars reserve Bitz Steinhoff pumped some energy back into the group by generating a steal and layup on the other end.

Then, West De Pere started missing shots on their end and suddenly what looked like a Phantoms run away became a contest again with plenty of time left on the clock.

Kupsh and Servais became the two main threats offensively every time down the court and they made the Phantoms pay with their post moves.

“Hayden and Megan played exceptional basketball in the second half,” added VanLaanen. “They were not happy at halftime being down seven and I’m proud of the move they made in the final 18 minutes.”

With 8:52 left in the ball game, the Jaguars had cut the lead down to 36-32 and Phantoms Head Coach Chris Abaray called his second time out to try and stop the momentum of the ‘road warriors’.

The Jaguars comeback was completed with 6:43 left when point guard Peyton Wright picked off a pass intended for Alivia McNabb and went coast to coast for the deuce.

Six lead changes then ensued over the next four minutes with no team having greater than a one possession margin.

With 2:08 remaining and the Phantoms clinging to a 48-47 lead, Schlader somehow got past a hip check and put home the running bank shot to again put the Jaguars up 49-48 with just 1:38 left.

Back and forth they went!

After the Phantoms hit two free throws to regain the lead, Kupsh powered home a six-footer to put the Jaguars up 51-50 with a minute to go.

Who would come out in this cross-town rivalry was anyone’s guess!

Unfortunately, for the Jaguars, they could not contain Evans as she put the Phantoms back up one.

It set up a final shot for the Jaguars in which the rim was just ‘plain unkind’.

The Jaguars immediately fouled, and the Phantoms sank two late free throws with just seconds remaining to advance to the Sectional Semifinals to take on the Seymour Thunder.

“It obviously hurts right now,” VanLaanen said. “To come so close to moving on to Sectionals….I feel bad for the kids who put their heart and soul into this year despite late-season adversity with injuries. We battled the whole way and just came up a bit short tonight.” 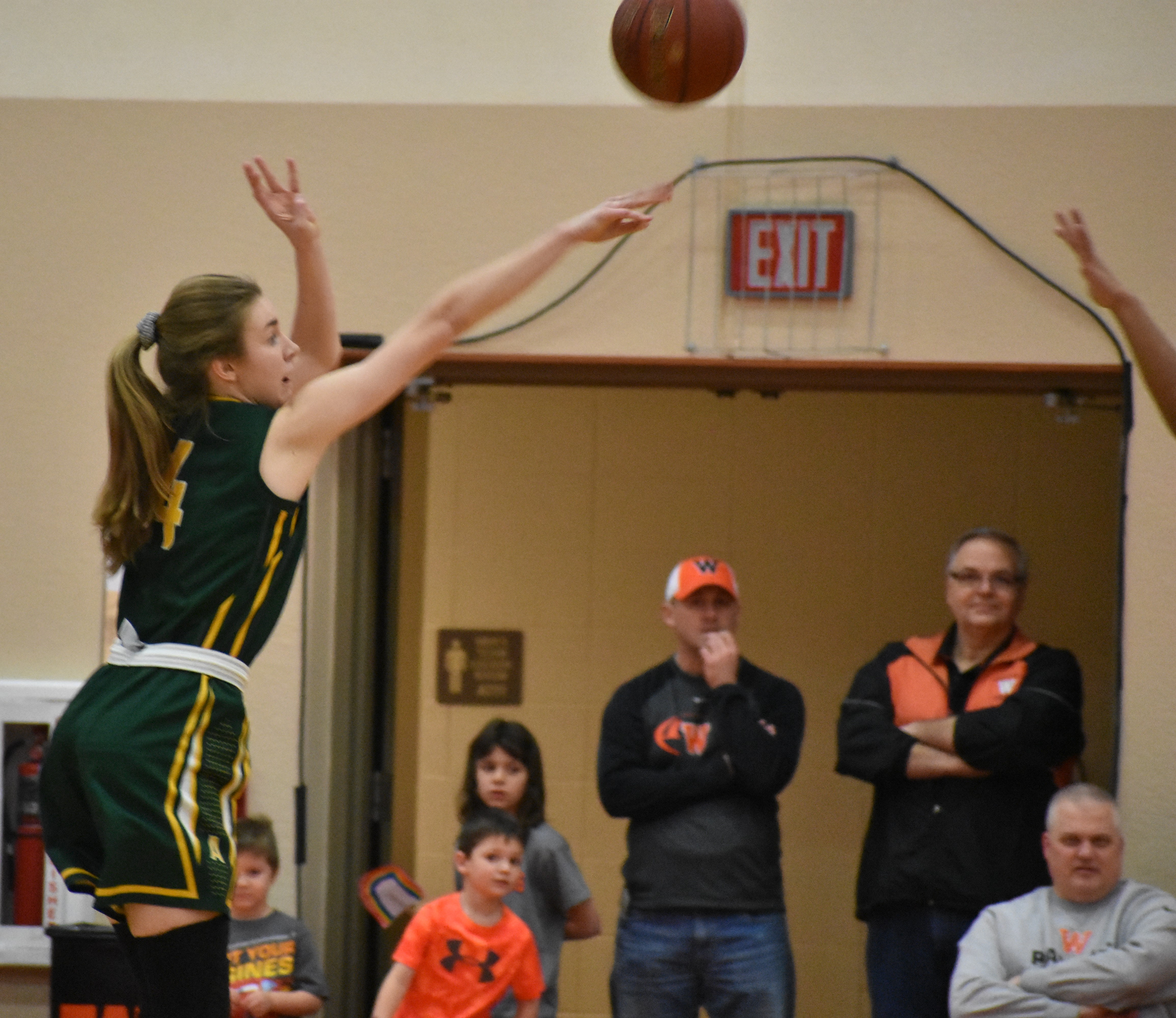 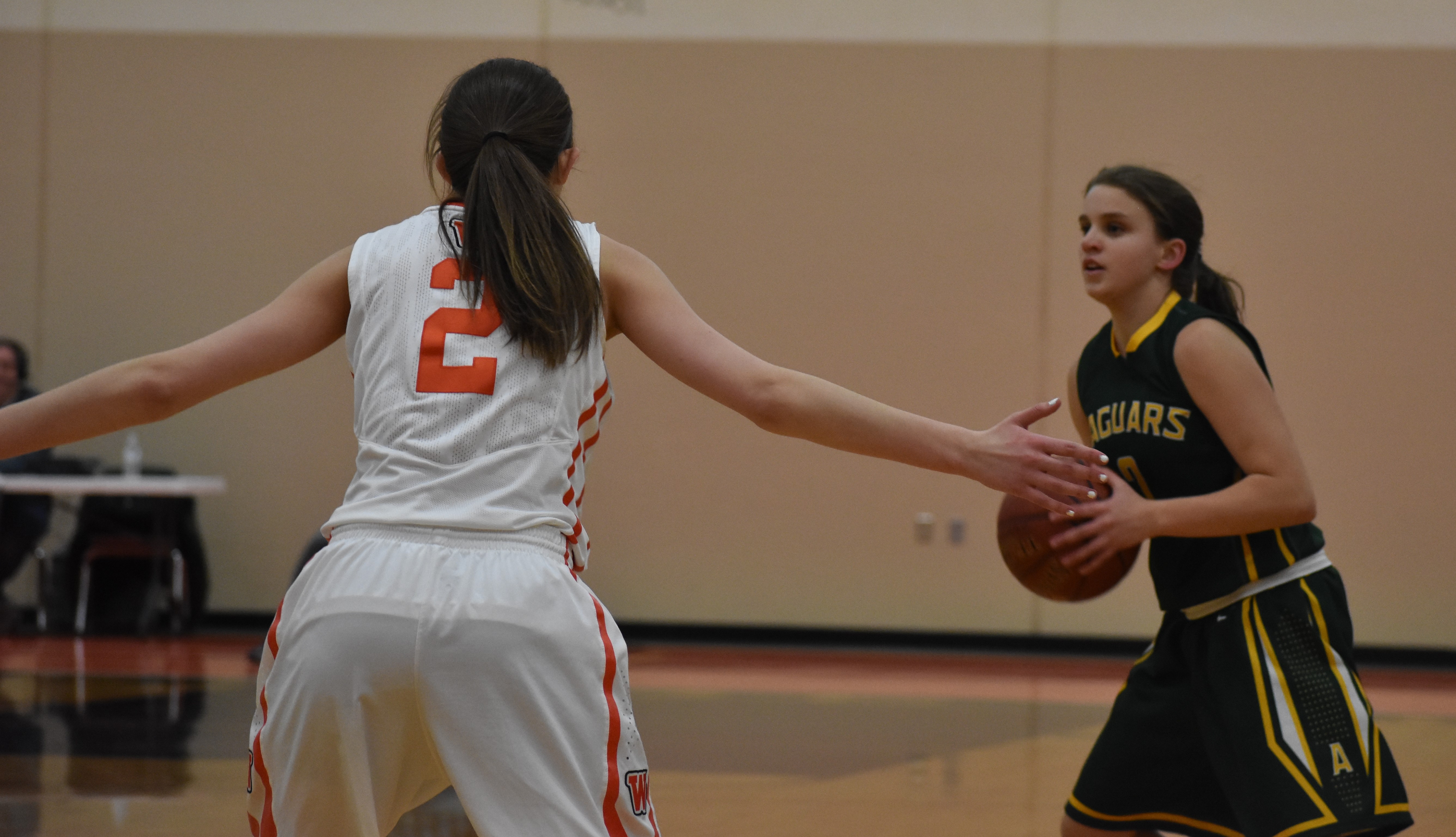 Close To You coming to Ashwaubenon PAC